What is the person in charge of sake brewing, " 杜氏 Toji " ? From 杜氏Toji’s work to 杜氏Toji’s school and the positions of the brewers

Even if you are not a sake lover, many people may have heard the word “toji".Toji’s role in sake brewing is so great that it is said that the taste of sake changes as Toji changes.

So what exactly is Toji’s work? What is the Toji school called “○○ style Toji"? This time, I would like to introduce Toji, a key person in sake brewing. The word toji and the history of the toji group

What is the toji faction? 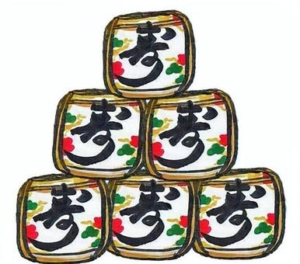 Toji is a word that refers to the person in charge of sake brewing at a sake brewery.Toji oversees all aspects of sake brewing, from the selection of raw materials to production, storage, and quality control.

Toji not only has the knowledge and skills cultivated through his experience in sake brewing, but also maintains smooth human relationships within the brewery as a leader of the brewers, negotiates with the brewery, and sometimes serves as the face of the brewery in advertising and sales. You will be required to be active in all aspects, such as standing on the site of

The difference between Toji, Kuramoto and Kurabito

Toji was introduced as the “chief in charge of sake brewing”, but there are other words such as “蔵元Kuramoto” and “蔵人Kurabito” that refer to people who work in sake breweries.What is the position of each?

“蔵元Kuramoto" is a word that describes the owner (manager) of a sake brewery, and in addition to general management, it may also be in charge of all aspects other than production, such as sales and shipping management.“蔵人Kurabito” refers to the sake brewing technicians who work under the chief brewer.

What kind of positions does 蔵人Kurabito have?

Under Toji’s direction,Kurabito and others can take on various roles to increase the scale, efficiency, and safety of sake brewing. 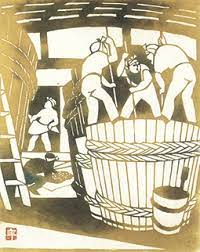 The details of each job are as follows.

・船頭Sen-Do
Person in charge of upper tank process
※ It got this name because the tool used for squeezing is called “槽Fune（Tank）".

On the other hand, having these qualifications and certifications does not guarantee that you will become a Toji. Since there is basically only one Toji per brewery, he needs to be appointed head of production for that brewery. Conversely, you may be appointed as Toji as a result of your work experience, even if you are not qualified. 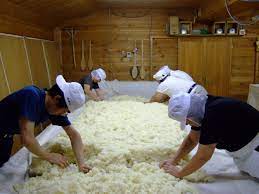 The word toji and the history of the toji group

The etymology of “Toji"

There are various theories about the etymology of the word Toji, one of which is the word “刀自Toji". From ancient times to around the Heian period, in Japan, sake was brewed at home, and the bearers were women. These women, who are now called 'housewives’, were called '刀自toji’.

Since around the Kamakura and Muromachi periods, sake brewing has become a business, and the main workers have changed to men. Furthermore, in the Edo period, with the mass production, multiple positions were created in sake brewing. Among them, it is said that the word “刀自Toji" derived from the former “杜氏Toji" has come to be used to refer to the person in charge.

In the Edo period, in order to stabilize the price of rice, there were times when the policy was to prohibit sake brewing outside of winter during bad harvests. Because of this, many migrant workers began to take on the role of sake brewing as jobs during the off-season.

Among these migrant workers, those who came from specific regions formed “Toji Groups" and began to undertake sake brewing while passing on their skills, and sake brewing by them became established as an industry.

The changing appearance of Toji

The word “Toji” used to refer to people who migrate to work in sake brewing, and this way of working has continued for over 300 years since the Edo period.

However, in recent years, the employment pattern of Toji has changed due to factors such as the depopulation of areas that have sent out Toji groups, the aging of active toji, and the decrease in the consumption and production of sake. .

There is a trend toward an increase in “社員杜氏( employee toji ) Shain-Toji," who are employed year-round instead of seasonal employment, and “蔵元杜氏 Kuramoto-Toji," in which the brewery also serves as toji, and many young toji and female toji are born. It is designed to.

What is the toji faction?

While this was a tradition of technology within the region, it was also a great source of security for Kuramoto. This is because it was believed that the quality of sake could be maintained by requesting toji from the same school even if the toji retired or had to be replaced unexpectedly.

As of 2021, 18 associations are registered with the Japan Toji Sake Brewers Association, but it is said that there are more than 30 schools nationwide, including those that do not belong to this association.

Among these toji groups, Echigo Toji, Nambu Toji, and Tamba Toji are called the “Three Great Toji", and they have sent a particularly large number of Toji to sake breweries around the country. Let’s take a look at each feature.

Many migrant workers come from the snowy Echigo area in winter, and since the latter half of the 18th century, sake has been brewed mainly in Kanto and Owari (present-day Aichi Prefecture). Even now, Echigo Toji is active all over the country, mainly in many sake breweries in Niigata Prefecture.

Nambu Toji is the largest school of brewing in Japan, originating in what is now Iwate Prefecture. It has a long history, with a group of toji (master brewers) being formed in the 17th century and a modern union forming in the late Meiji period. The techniques of these toji groups have been passed down mainly in Shiwa Town and Ishidoriya Town, and today, many toji, not just those from Iwate Prefecture, have inherited the techniques.

As of 2020, the Nanbu Toji Association has more than 600 members, and a large group of toji is still responsible for sake brewing nationwide while inheriting techniques.

Farmers in Tanba Sasayama City, the birthplace of Tamba Toji, actively migrated from their hometown, which was in a harsh natural environment, to the neighboring areas of Settsu and Nada.

Since the latter half of the 18th century, Nada has become Japan’s number one sake producing area, and it is the Tamba Toji who have continued to make Nada’s sake. As Nada’s reputation as a famous brewery grew, it began to take on the role of sake brewing nationwide. Similar to the Nanbu Toji, a modern association was established early on, and in 1902, it held the first “brewing method seminar" in Japan.

In addition to the three major toji, the following three schools should be remembered.

Noto Toji is a group of Toji who originated around Suzu City in Noto Peninsula, Ishikawa Prefecture. From the late Edo period, it developed mainly in Omi (present-day Shiga Prefecture) and Yamashiro (Kinki region), and in the early Showa period, when it was at its peak, sake brewing by Noto toji spread all over the world, including Hokkaido, Karafuto, Korea, Manchuria, and Singapore. was reaching.

Naohiko Noguchi, who is one of the “Four Heavenly Kings of Noto (*)", is always mentioned when talking about Noto Toji. He was the first toji to be selected as a “Contemporary Master Craftsman", and later received the “Medal with Yellow Ribbon". He is the only one of the Noto Four Heavenly Kings who is still brewing sake as a chief brewer, and has a total brewing history of 72 years.

Yamauchi Toji is a toji group that originated in Yamauchi, Yokote City, Akita Prefecture. Yamanouchi Village, where there were many farmers, and young people called “Sakaya Wakase" who migrated to work at sake breweries in the prefecture, which developed from the end of the Meiji period to the Taisho period, later developed into a group of toji.

Toji who meet the requirements based on their sake brewing history, skills, and award history are given qualifications to take the exam, and those who pass can call themselves Hitachi Toji. Three people were certified in 2019, and three more in 2020, making a total of six Hitachi Toji. 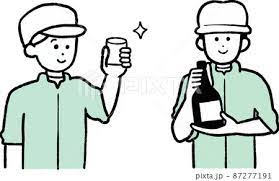 History of Japanese sake, origin and the ...

How to Japanese sake brewing , Introducing all 12 processes in an easy-to-understand manner

How to Japanese sake brewing , Introduci ...