Sake to drink on a special day! Approaching the charm of Mie’s famous sake “Jikon"

An overwhelming presence suitable for the highest peak. It has a gorgeous flavor, a rich texture, and a light taste. 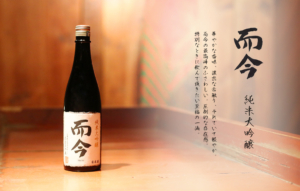 What kind of sake brand is Kuheiji ?
Next

What kind of drink sake brand is Kagetora ?
Prev

The best sake that complements the food! ...

The basis of the popular Japanese basket ...

Why "Jikon" became popular amongst fans ...